With Ken and Carol in Bordentown and Pennsylvania
July 2007 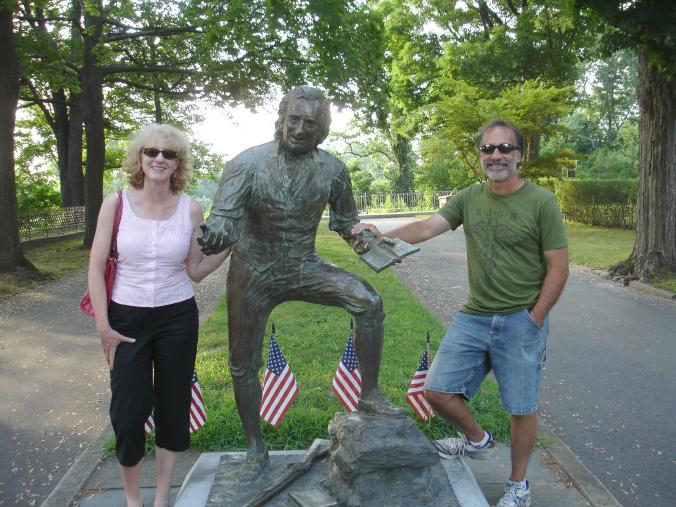 the Mainers meet Tom Paine at the end of Prince Street 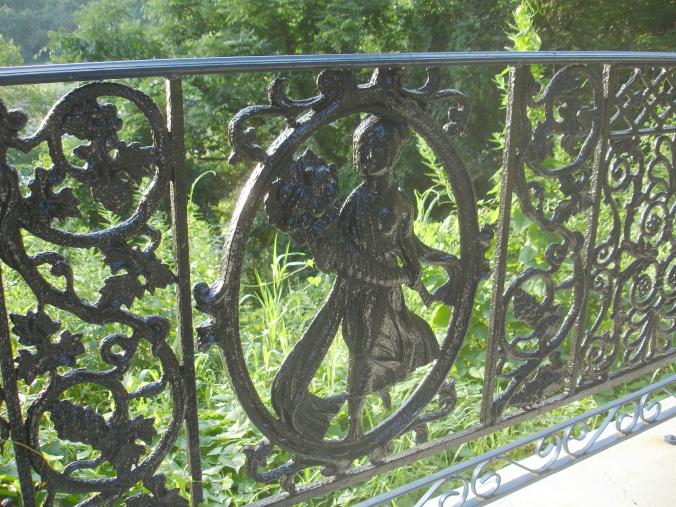 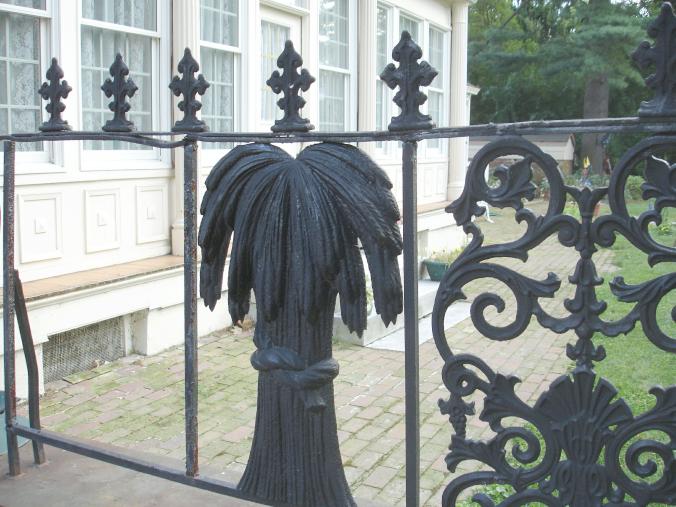 wrought iron wheat in front of the Hopkins House 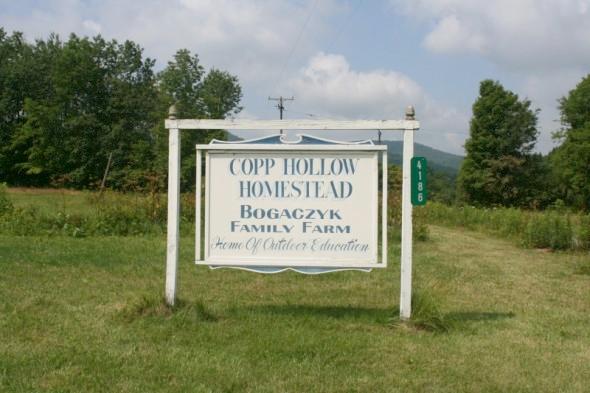 Off to PA! The entrance to Rob's mother's family's ancestral farm in Covington, PA 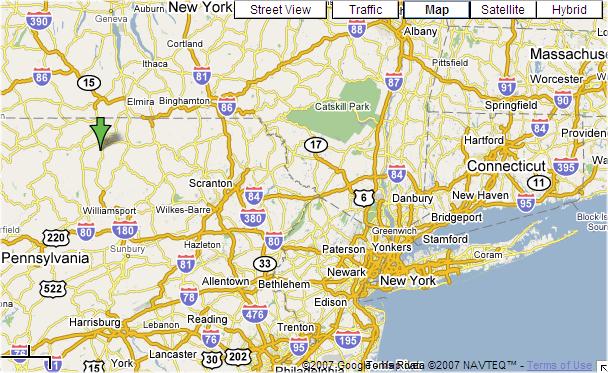 Covington's about 45 minutes south of Elmira, NY,
or as Rob put it in the invitation, "equally far from everywhere!" 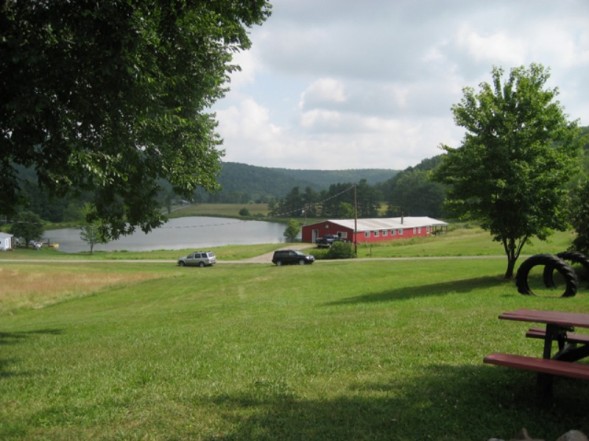 The farm was absolutely beautiful. Here's a view from the (1860) house,
overlooking the pond and what's called the coop, cuz it used to be one (now the party building). 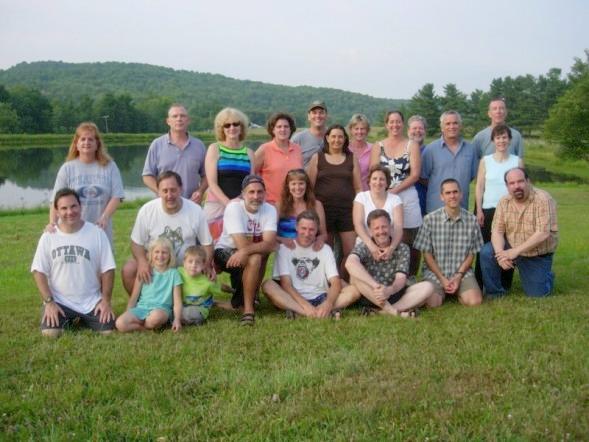 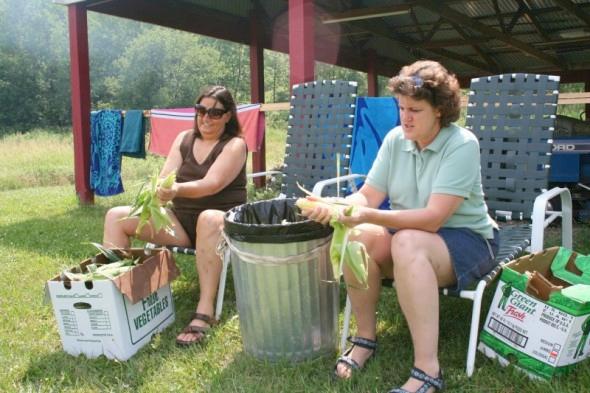 Robin and me shucking corn for thirty. We were representing Jersey. 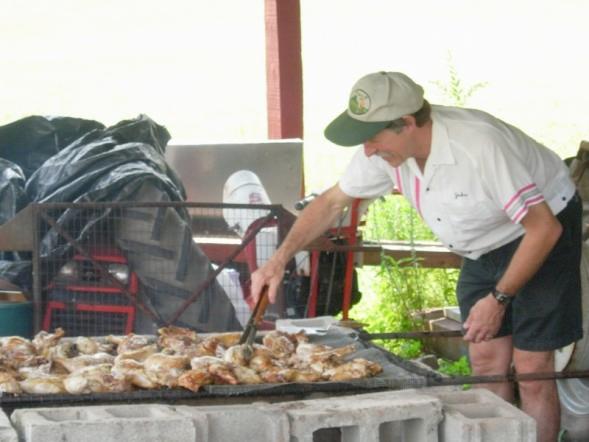 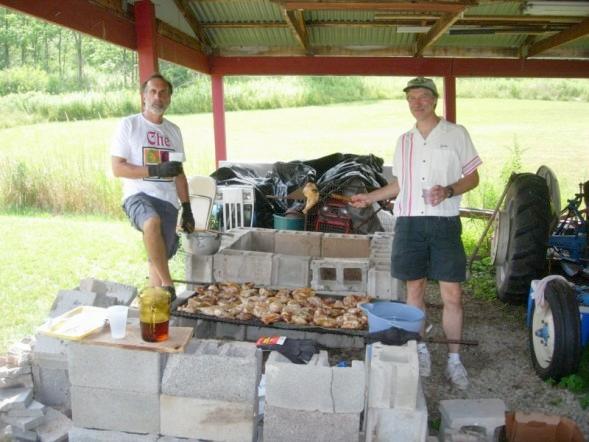 \
Ken and Rob have the chicken under control 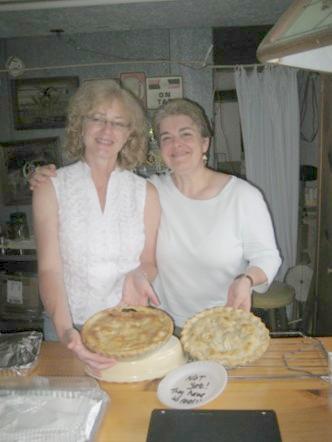 Carol and Tina made delicious blueberry and peach pies. 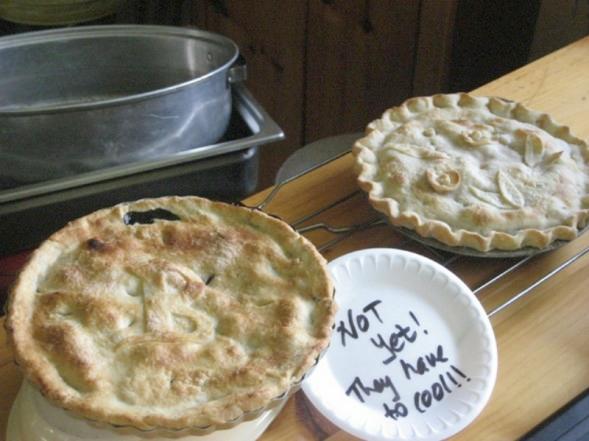 Carol had picked the blueberries up in Maine and graphic artist Tina made the top crusts beautiful! 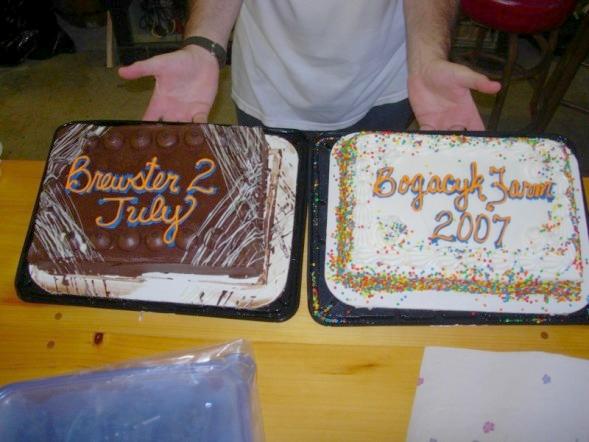 cakes for the occasion 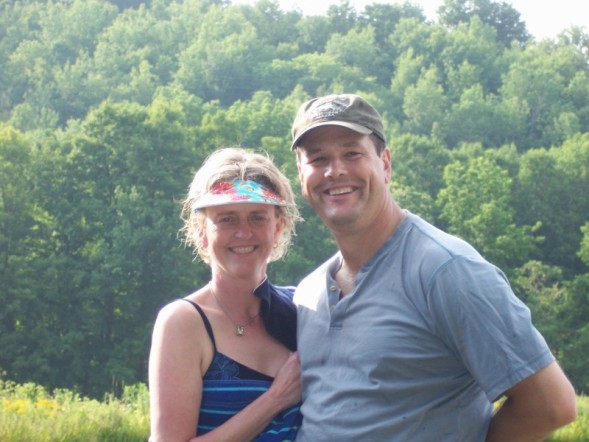 Kate and her husband Brian came the farthest, from Seattle 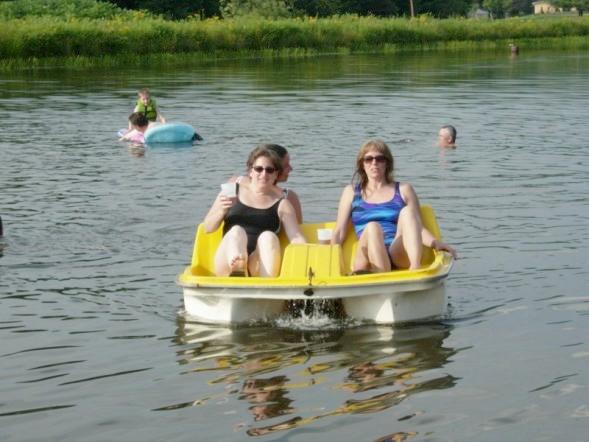 Missy and Sue in the paddle boat. Missy and Bill came from Massachusetts. 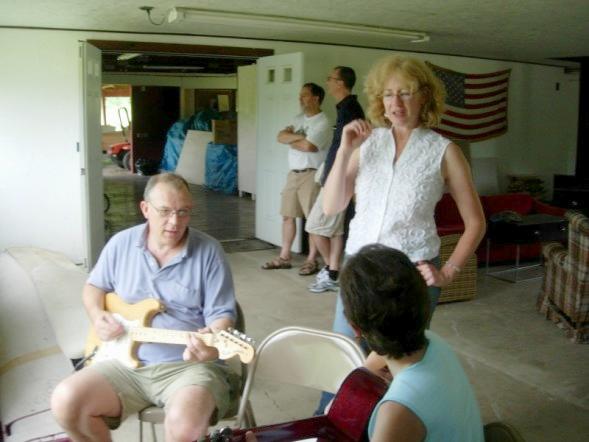 Steve, Carol in the coop 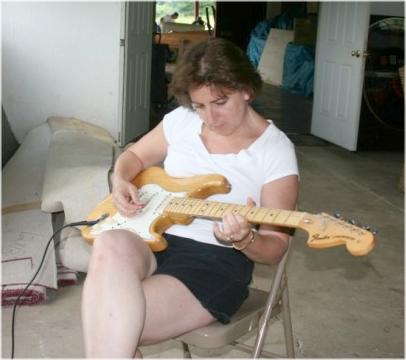 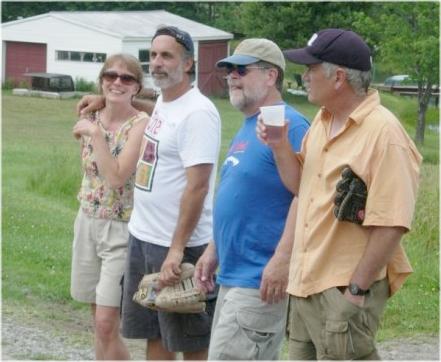 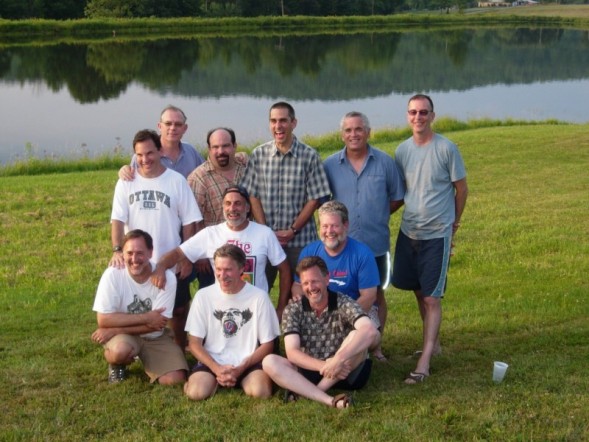 The grown-up boys of Brewster 2...a group of guys who happened to live
on one floor of a dorm their freshman year and have stayed friends ever since. 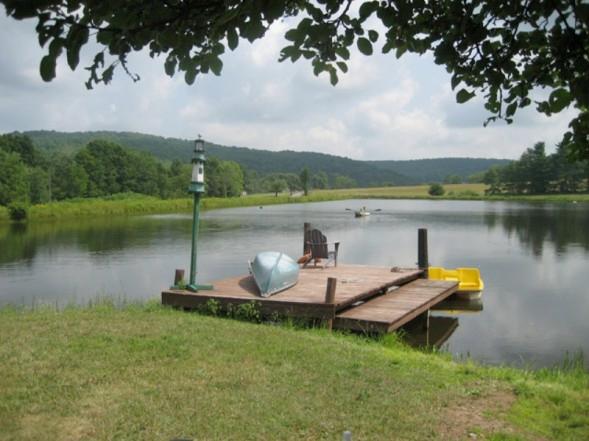 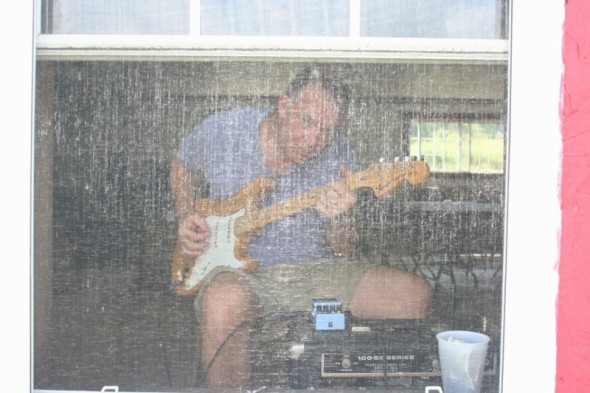 artistic shot of Steve playing, taken through a window screen 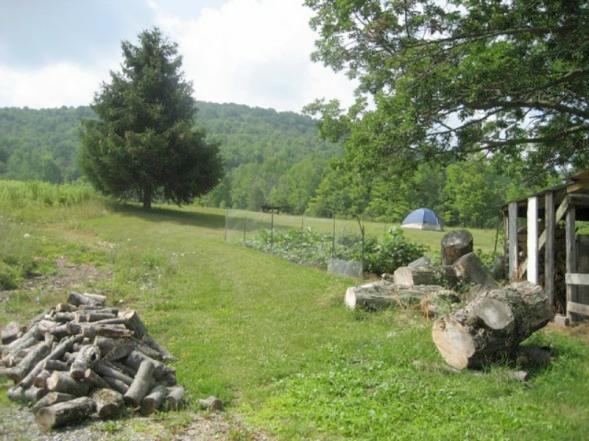 woodpile for making campfires at night 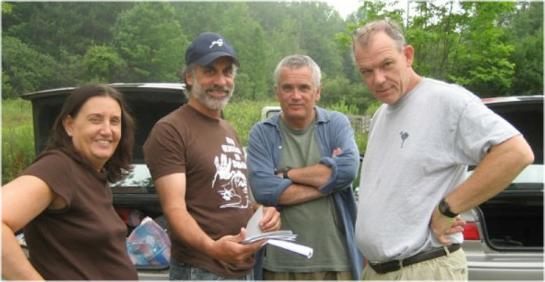 Ken showing pix of Maria and Jack to Deb, Tom and Steve 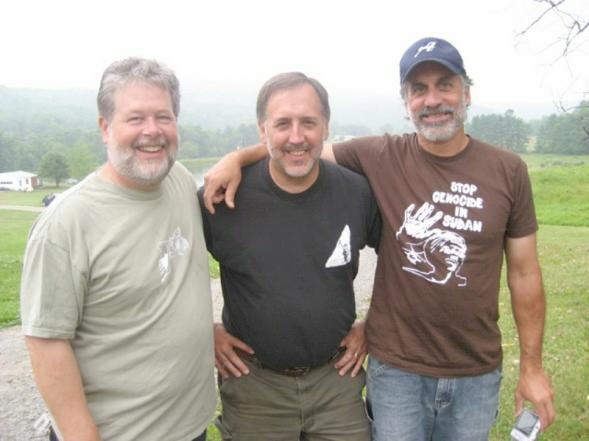 Tom  came from Staten Island, Craig from Iowa and Ken from Maine 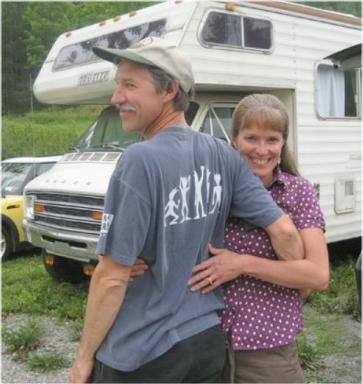 Rob and Sue came from their home in Portland, Maine
via Sue's family's camp outside Lake Placid, NY 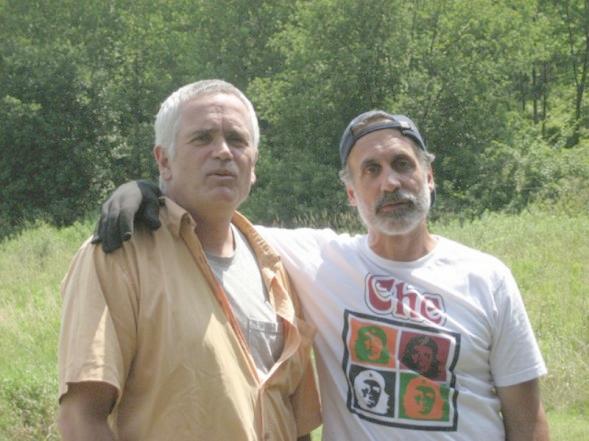 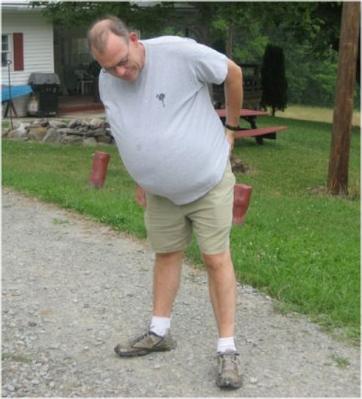 Steve demonstrates how we'll all look at the next reunion.... 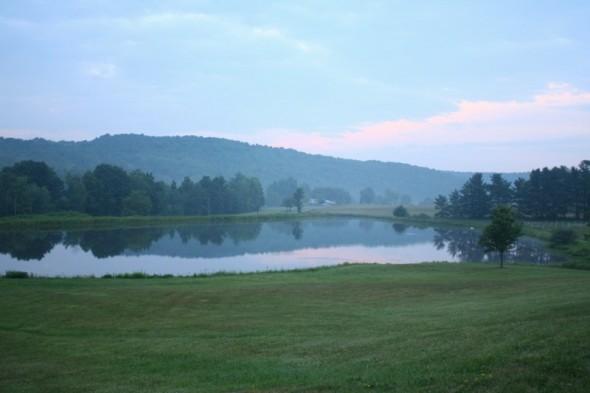 It was great to see everyone...