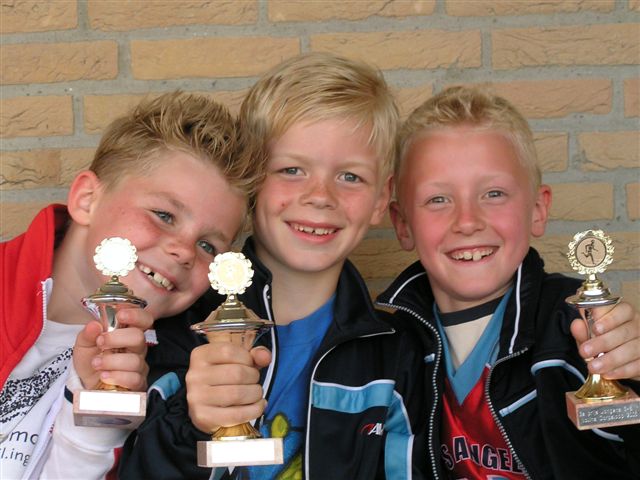 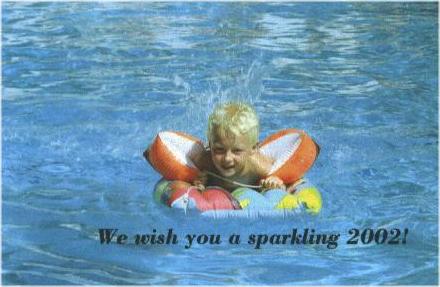 Ilya wishes you a sparkling 2002 from sparkling blue water 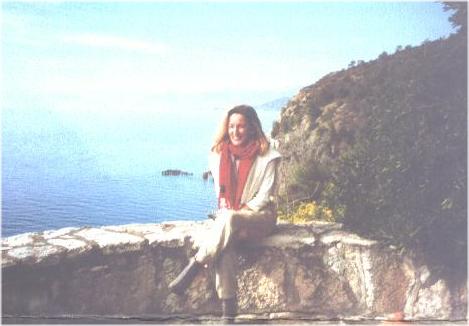 Willemien somewhere in Greece or Italy

Christian and his boat 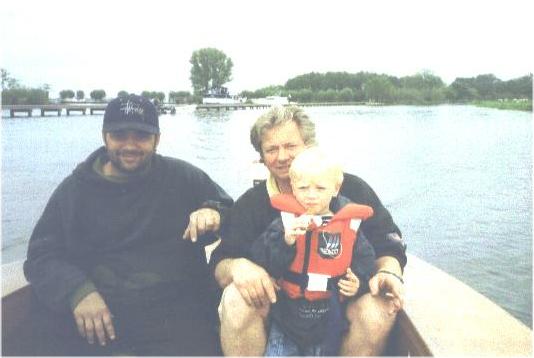 Christian and his sons José and Ilya on the water 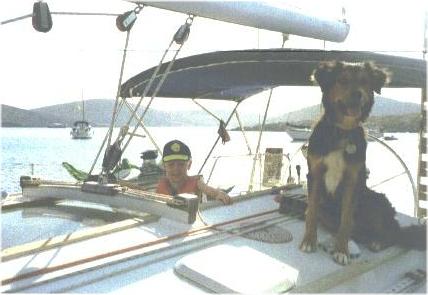 Ilya and the dog on the boat 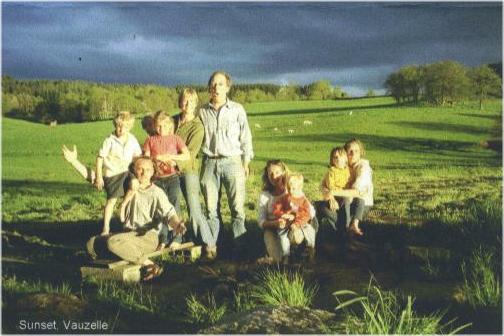 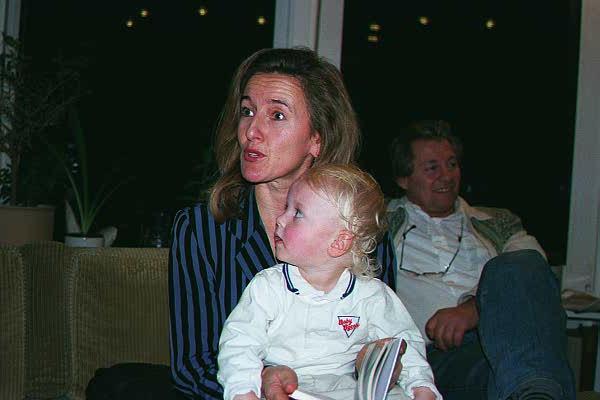 Williemien and Ilya at Henk & Ina's house in December 1999

When Ilya was little he visited us at our old house in Valhalla, New York: 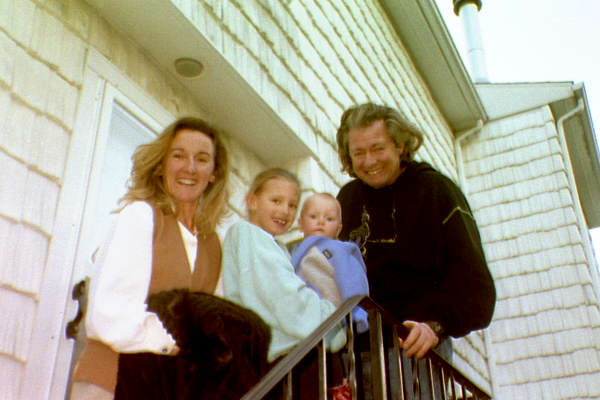 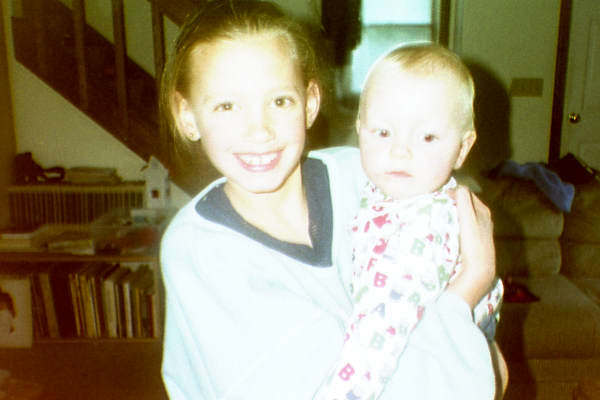 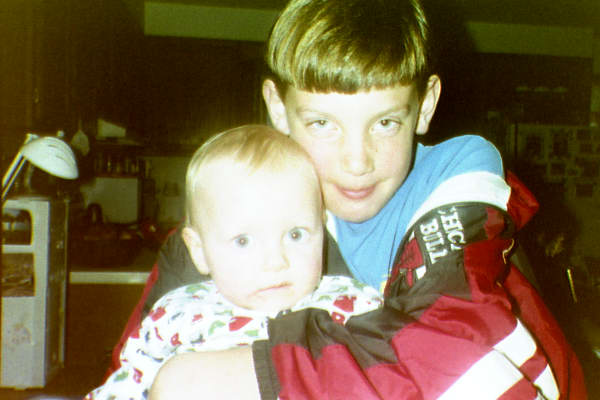 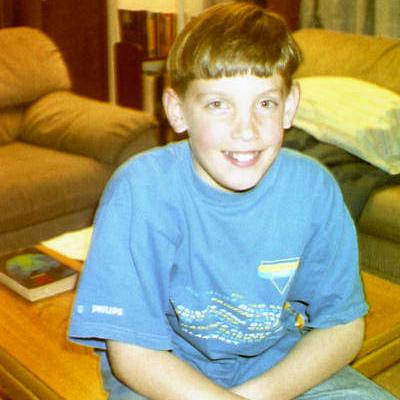 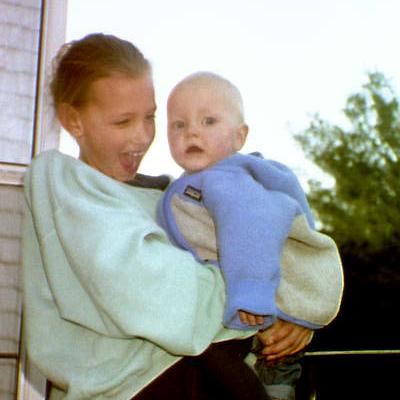 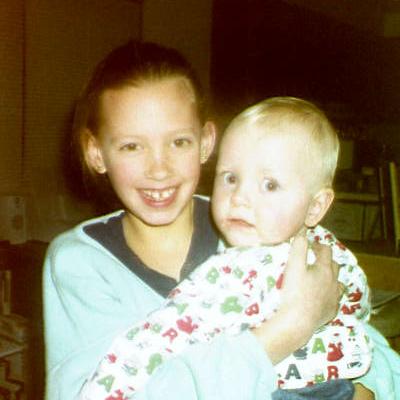