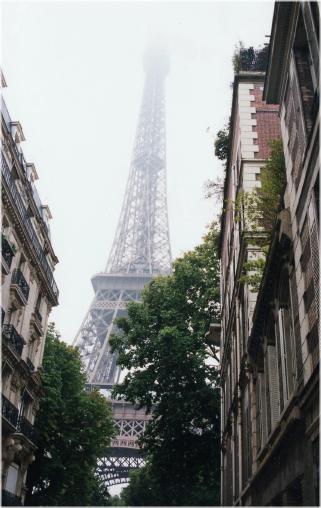 The Eiffel Tower in the fog. 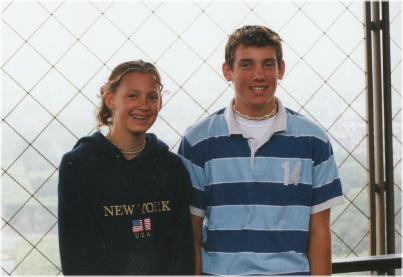 Liese and Tim on the lowest of the Eiffel Tower's three observation decks. 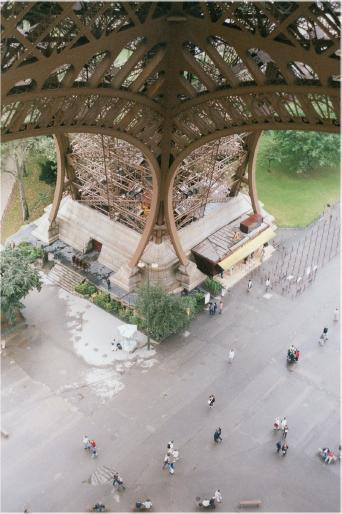 One of the impressive legs of the tower viewed from the first floor. 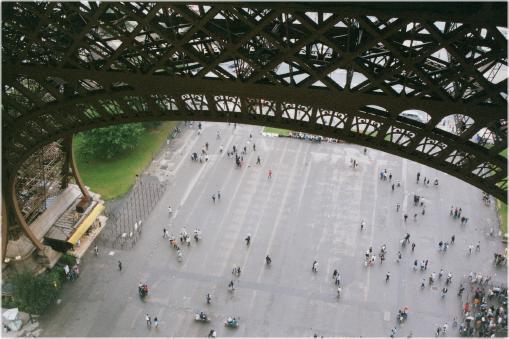 As you can see, lines to go up were almost non-existent on this foggy day with zero visibility.
Everybody was trying to get into the Louvre instead. We gave up when we saw the
ticket lines there, thus successfully avoiding what our Lonely Pla
guidebook called "the most avoided museum in the world." 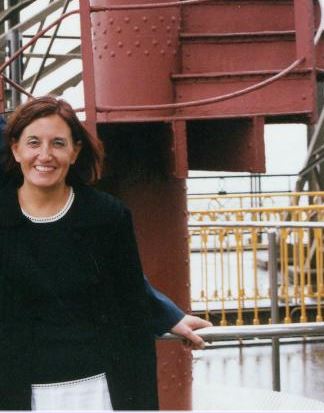 Deb on the Eiffel Tower.
Portion of the original staircase behind me. 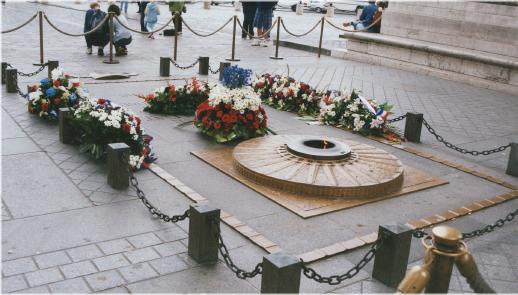 This is France's Tomb of the Unknown Soldier and Eternal Flame.
It's under the Arc d'Triomphe at the end of the Champs Elysee. 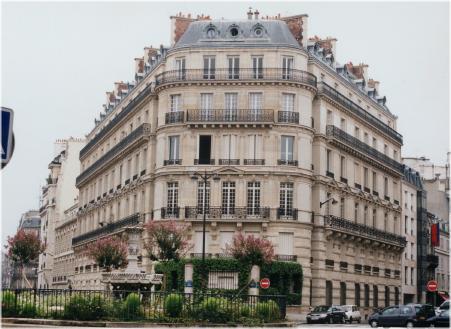 Classy building on the right bank. 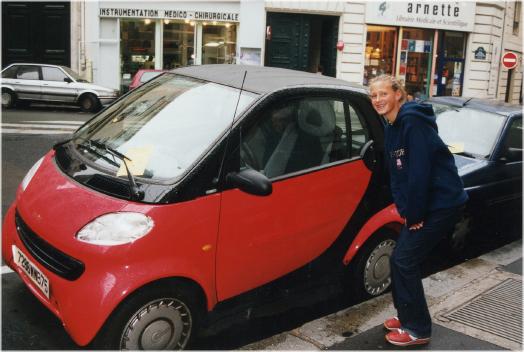 Liese was completely into these Smart cars we saw all over Paris,
tiny little things that can fit into a quarter of a parking space! 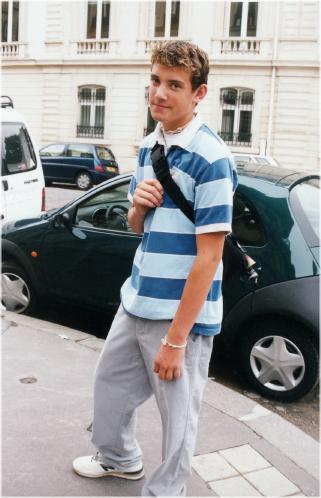 Tim and another variation on a Smart car.

On our second night in Paris the four of us saw the great British band Coldplay at L'Olympia, near L'Opera.
The sold-out ("complet") concert was broadcast live over French television and later shown in the US.
It was one of the best shows we've ever seen and their new album, A Rush of Blood to the Head, is incredibly good.
It was released the day of the Paris show and entered the charts at #1 in the UK, #2 in Australia, and #5 in the US. 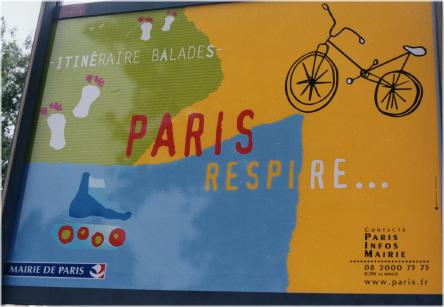 Liese and Deb could relate to this billboard promoting walking, skating and
biking in the city and featuring what we thought of as "bloody toes."
We were both breaking in new shoes while walking miles around Paris. 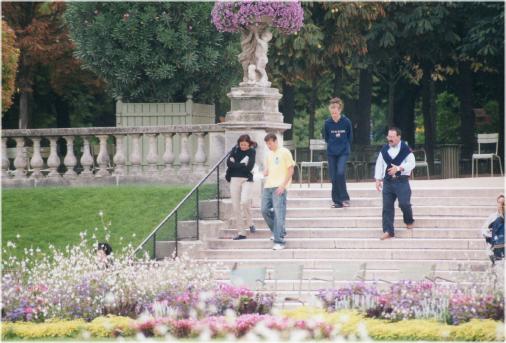 Deb, Tim and Liese enter the Luxembourg Gardens, Paris' version of Central Park,
right around the corner from our hotel in St. Germain des Pres. 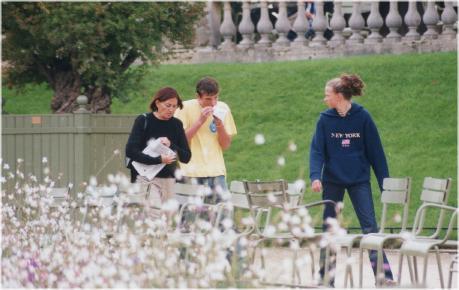 It's only 10 am, but Tim's already munching
his second chocolate-and-banana crepe of the day. 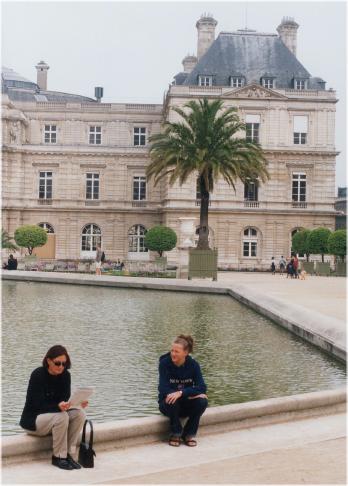 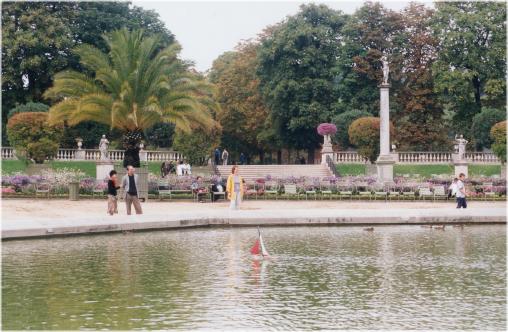 Little kids rent miniature boats, give them a push with a stick and watch them sail away... 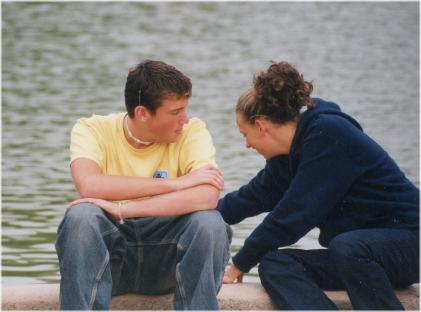 Tim and Liese by the boating pond. 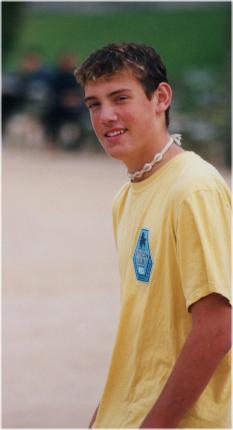 On to Amsterdam
On to Languedoc