Labor Day 2008 at Point Pleasant
The beach was open, but the ocean was CLOSED due to Hurricane Gustav! 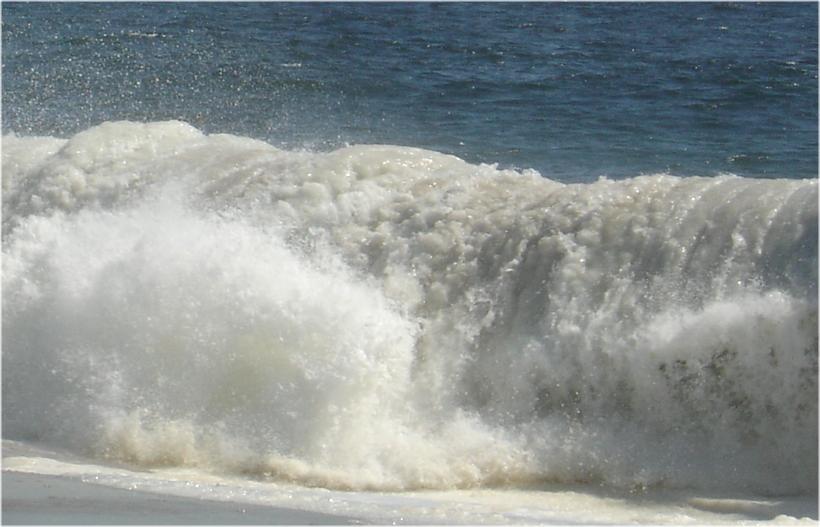 The surf was too rough to allow any swimming at all. 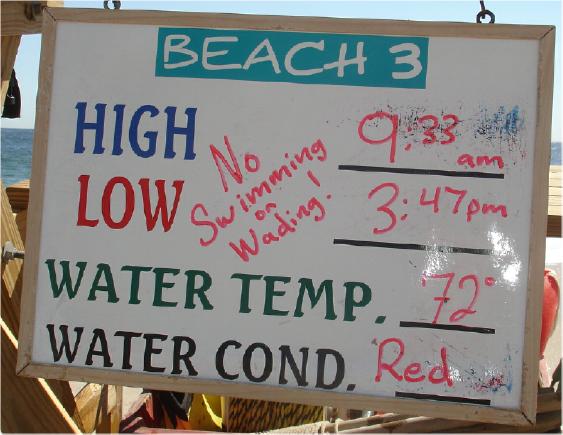 It was a major bummer on this absolutely gorgeous day, but everybody knew there was nobody to complain to. 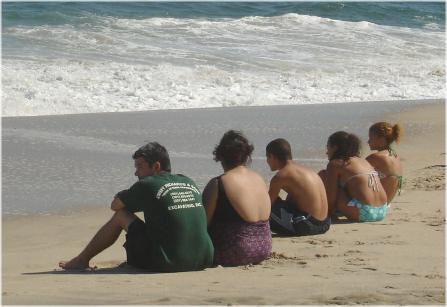 So people just sat down and LOOKED at the water. 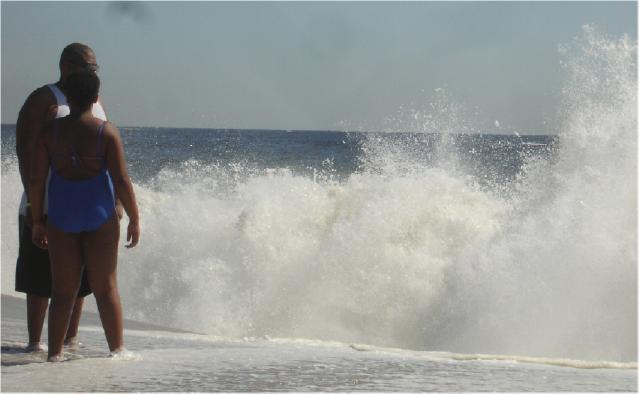 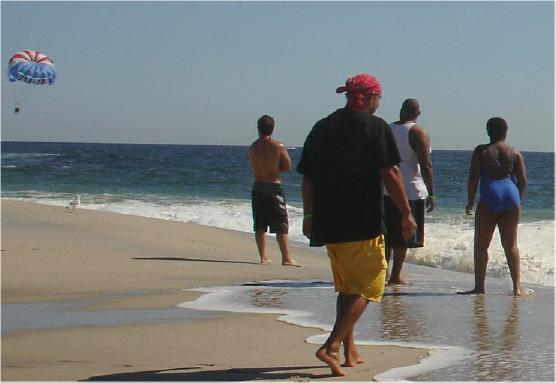 there was much watching of the parasailers

it was strange, such a beautiful day, everybody wanted to go in the water, and nobody could 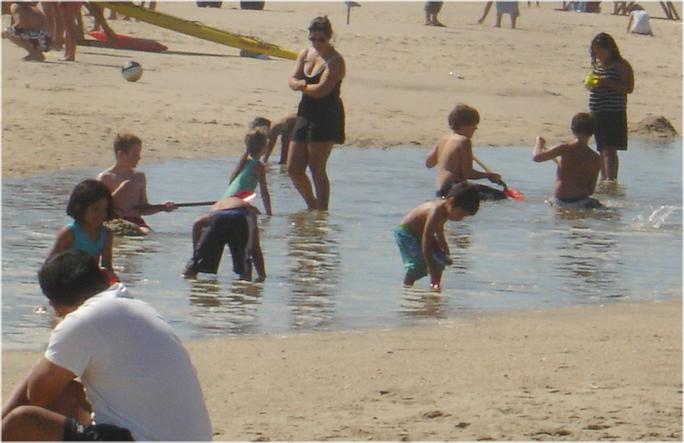 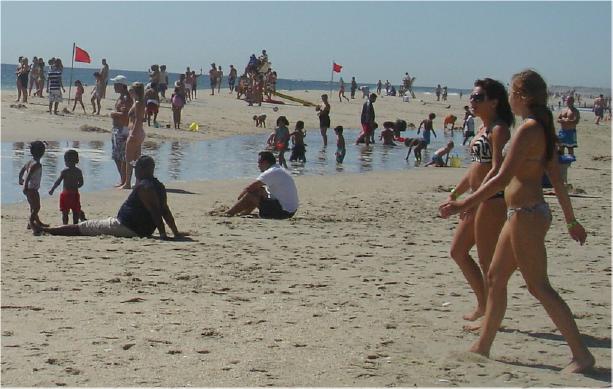 the under-four set was fine with no ocean, they weren't going in there anyhow 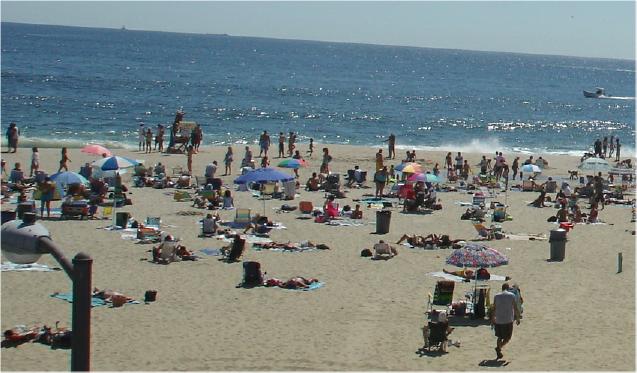 this was early in the day, but still very strange to see no swimmers at all

the lifeguards were busy whistling people away from the water...it's funny how compelling the ocean is,
people are just drawn to it even when they know they're not supposed to be in it...
as the day wore on people just HAD to put their feet in the water 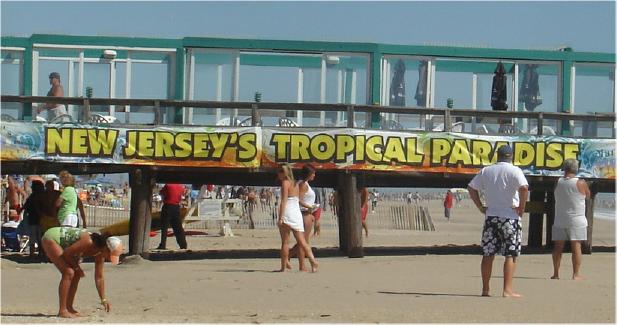 this is quite an exaggeration--tropical paradise? a couple miles off Route 9? lol
I must say though the band at the bar was decent and it was nice to have live music on the beach.
Lots of Stones covers, fun to hear the very diverse beach crowd do the "woo-hoos" in Sympathy for the Devil. 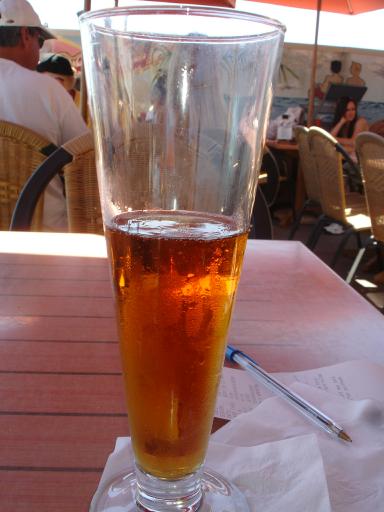 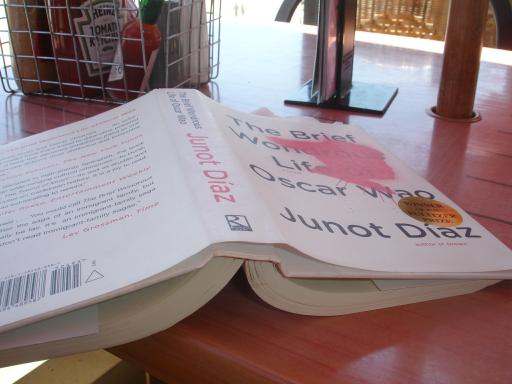 In the middle of the day when I would normally be cooling off in the water, I got a
Yuengling and a flounder sandwich and read my book under an umbrella.
That's a big advantage of the northern shore over a place like LBI--you can actually eat and drink on the beach.
There's even that rarest of American commodities on the boardwalk--decent public bathrooms!

no, I did not stay for the Foghat show