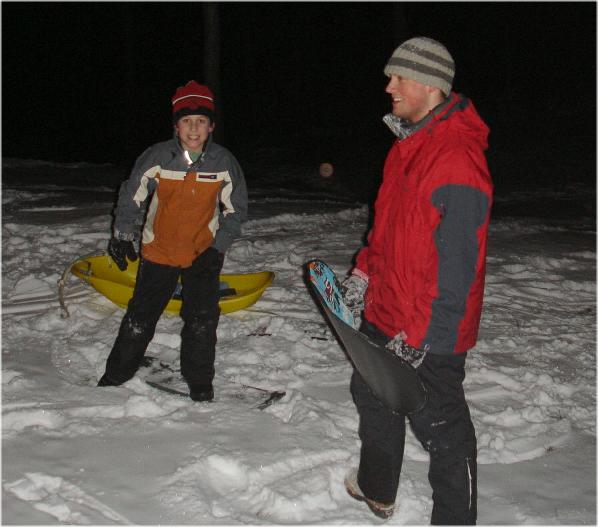 Soon as we got to Jude's, cousins Dylan and Tim went night sledding down the hill in Dylan's backyard.
So far we've had only ten minutes of flurries all season, and Vermont
hasn't had much of the white stuff either, which is terrible for their economy. 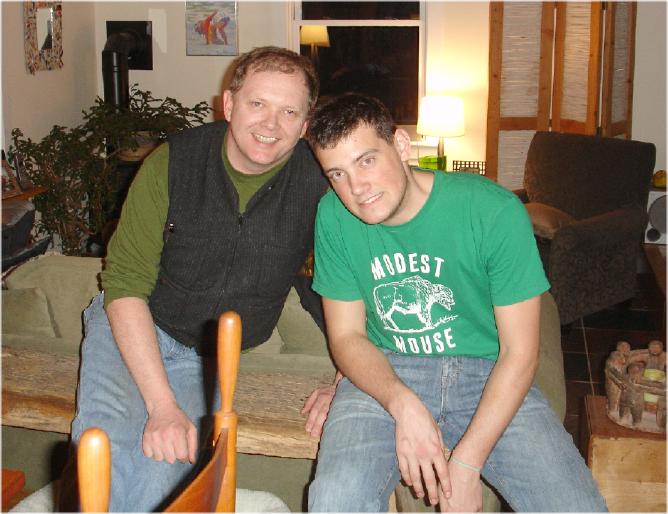 The college kid and his Uncle Stephen, a proud (?) graduate of Syracuse just like Tim's mom.
(Note: Tim DOES have other t-shirts, he just isn't frequently photographed in them.) 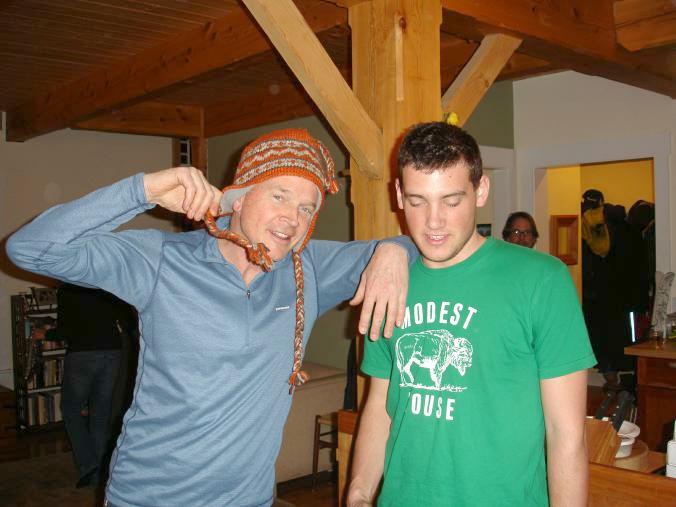 Michael came to congratulate Bert and wish Tim well. He was wearing a silly hat with braids a là Snoop Dogg.

the sisters--all 134 years of them! (holy cow)
notice the non-age order--pretty edgy, eh?
next time maybe we'll even put Jude in the middle... 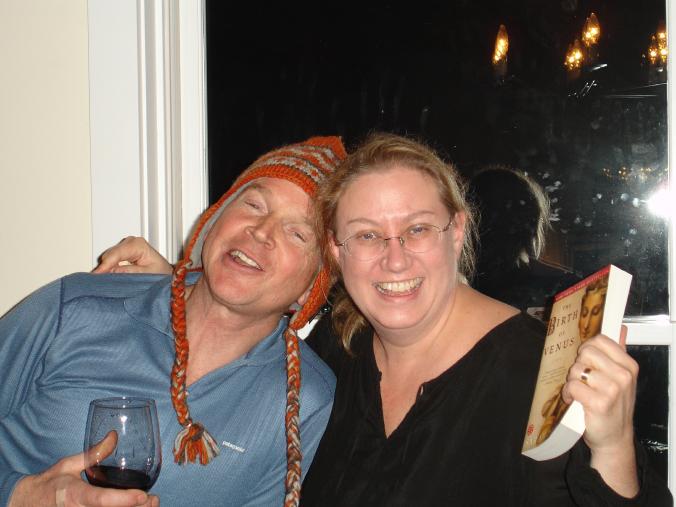 Bert enjoys her gift from Snoop Michael, The Birth of Venus. She has always loved historical fiction.

Ohmigod it's Bert's first pair of UGGs, courtesy of Jude! She is DELIGHTED!!!
Bert vamps it up , declaring them instantly "the most comfortable things I have ever worn." 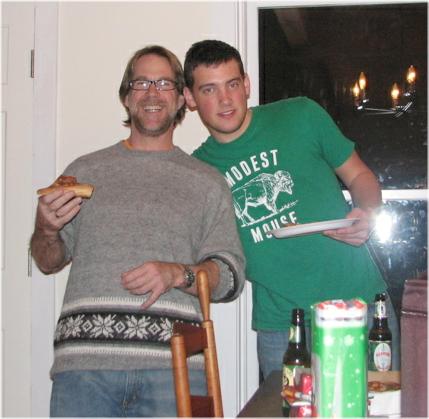 Mackenzie and Tim eating Vermont pizza, so like the real thing! 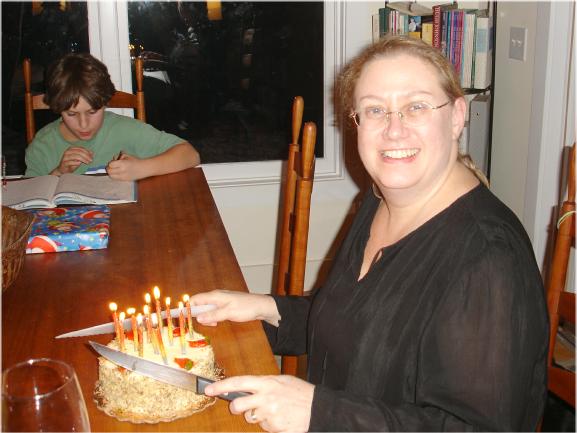 Bert gets ready to cut the carrot cake while Dylan finishes his homework. 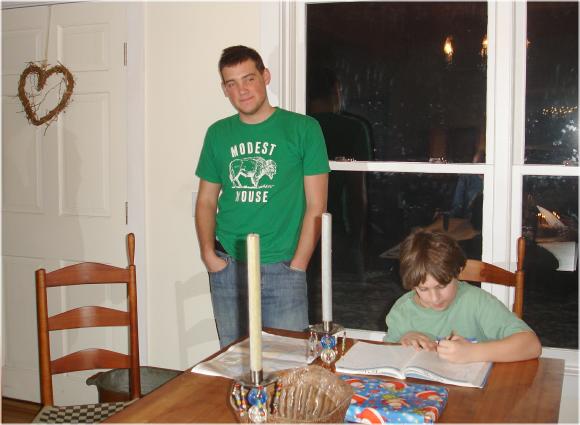 Tim smiles at something Aunt Bert has said while Dylan diligently does that confounded new division.
The next day, Tim moved to Burlington to finish his sophomore year at UVM.
Will Dylan be there in seven years? It's a definite possibility! 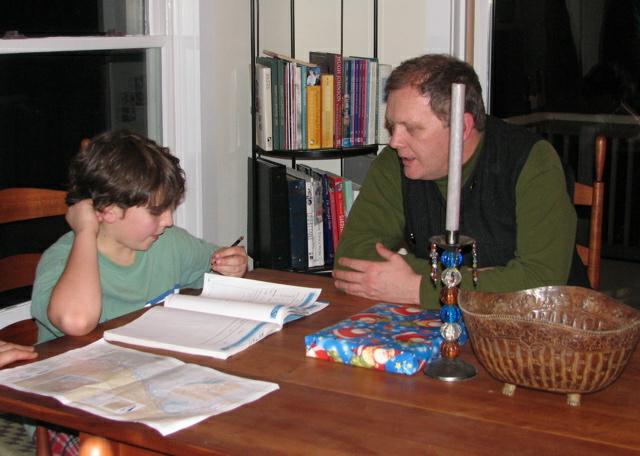 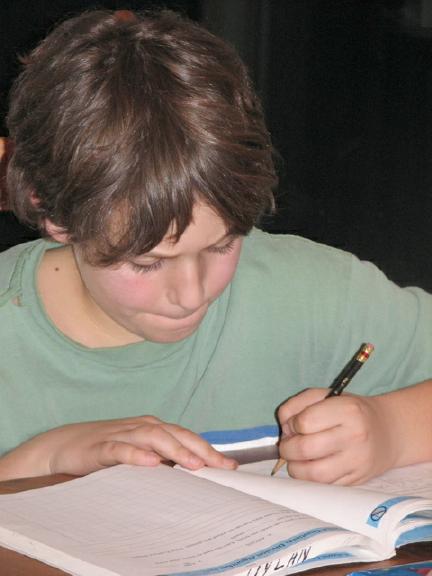 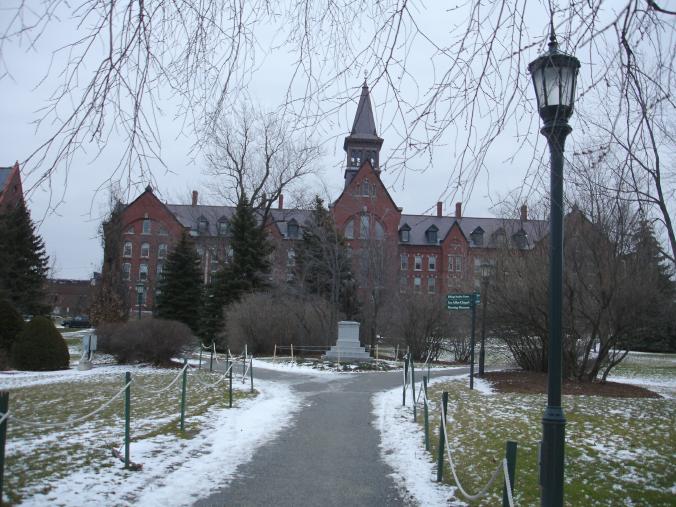 This is the building at UVM known as the Old Mill, the oldest building on campus.
It was built in 1824 after the original building, built in 1791 when the university was chartered, burned down.
As you can see there is NOT a lot of snow on the ground for January in Burlington!
The front grounds were designed by the same guy who designed NY's Central Park,
Fredrick Law Olmstead, considered the founder of landscape architecture. 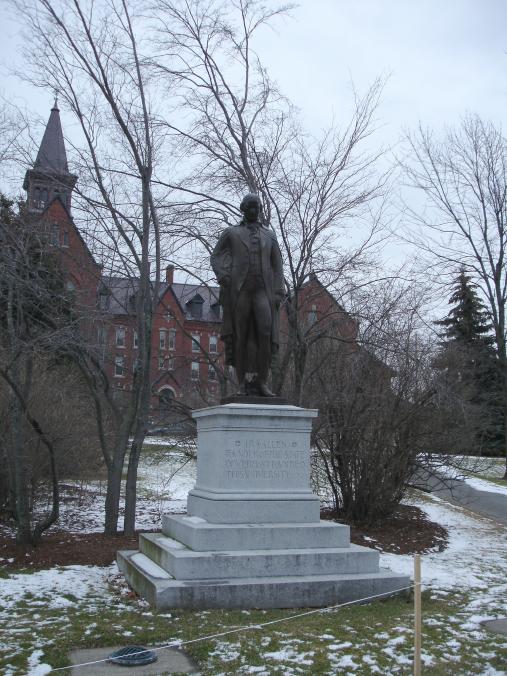 Here's Ira Allen, forever staring at beautiful Lake Champlain and the Adirondacks beyond.
Ira was founder of the university and co-leader of the Green Mountain Boys with his brother Ethan.
They're the crew of ruffians responsible for Vermont being a separate state and not part of New York.
We all owe them a debt of gratitude. 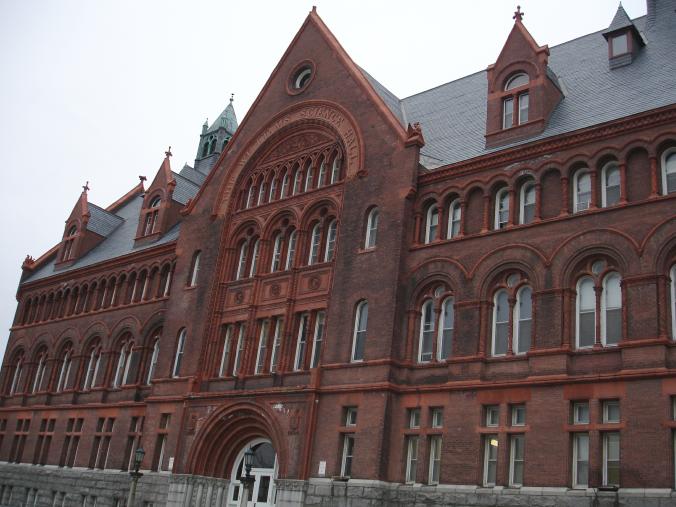 Williams Hall (1896), Art and Anthropology.Used to be the science building.
UVM is one of the best public universities in the country.
Read more about how good it is here. 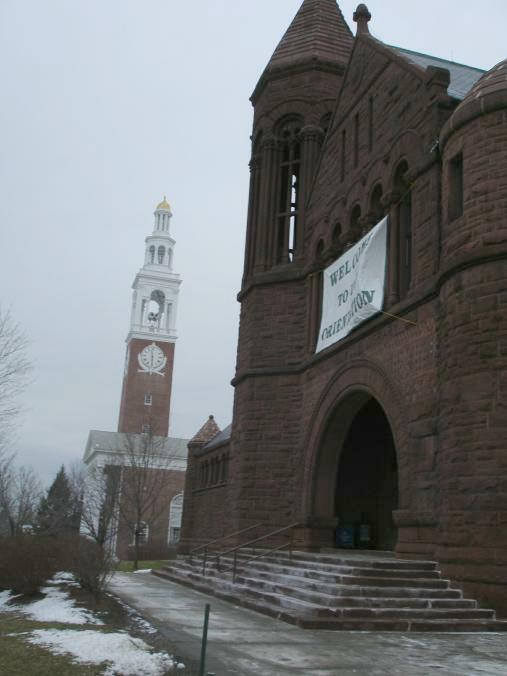 Foreground: The Romanesque Billings Hall (1885),
the former library and current student center, where the transfer orientation was held.
A new student center will open in September and this building will become something else.
Background: the Ira Allen Chapel (1925). 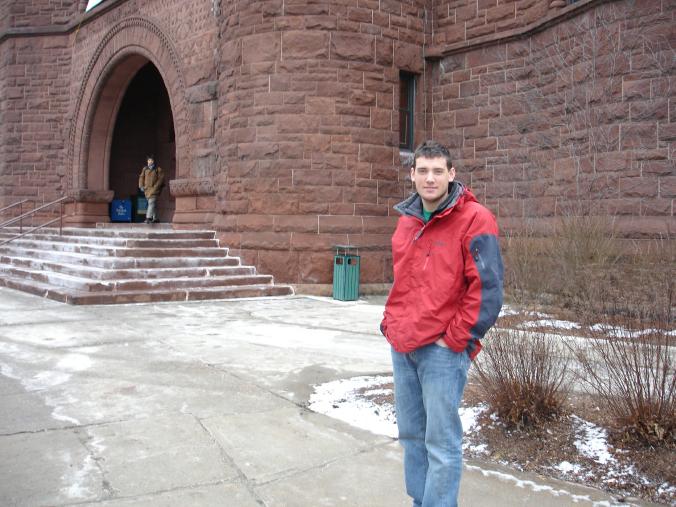 Tim at the entrance to Billings.
He'll be living in Davis Hall (campus map here--look in the lower right-hand corner). 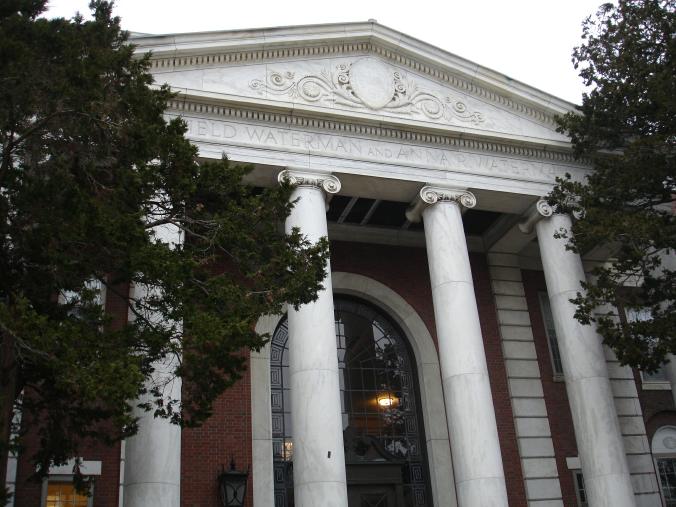 Waterman (1941), the administration building, where I dropped Tim off to register for his classses.

He's gonna love it up in Burlington.
(left, the little city with the waterfront in the foreground, the campus behind the city, and the Green Mountains behind all,
right--sunset over Lake Champlain and NY's Adirondack Mountains--this is the actual view from campus!)
For a live look at downtown Burlington, check out this webcam at the corner of Church and College Streets.