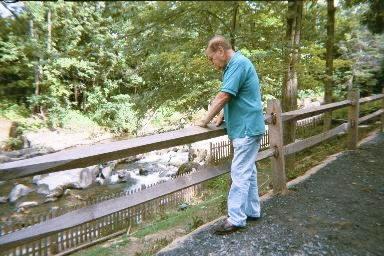 Elliot admiring the Mad River in front of
Judy's house in Warren, Vermont 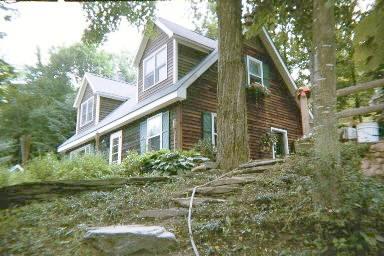 Jude's house as seen from the river 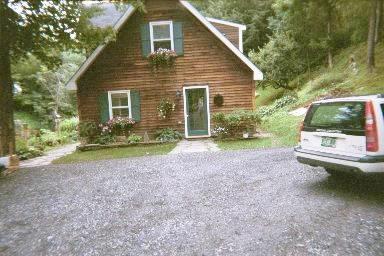 Side entrance to Jude's house from the driveway 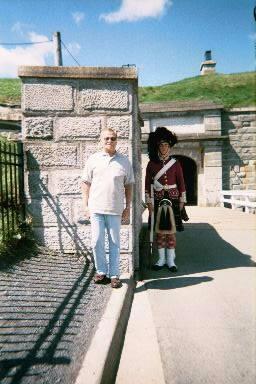 Elliot with a Royal Mountie
The Citadel, Halifax 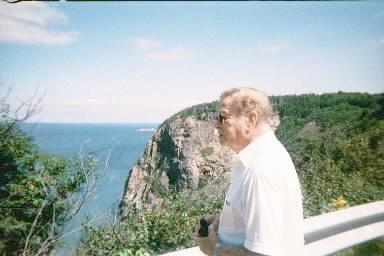 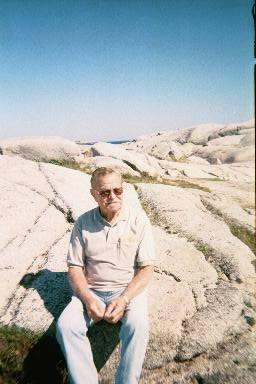 Resting on the rocks at Peggy's Cove 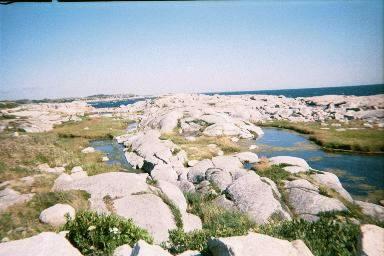 Rocks and sea at Peggy's Cove 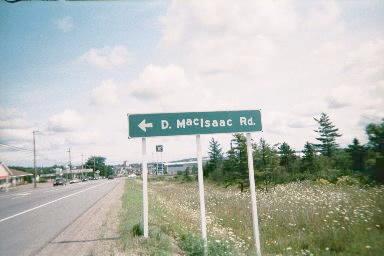 Dylan apparently has his own road
somewhere in Canada! 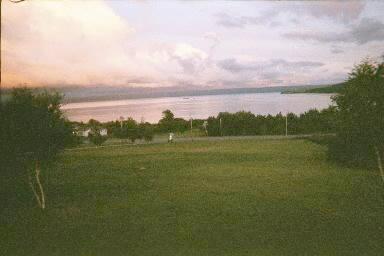 Lake at Baddeck, twilight.
This was the home of Alexander Graham Bell,
inventor of the telephone. 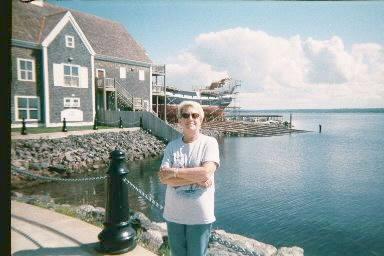 Vivian with very quaint Nova Scotian backdrop.
This is Pictou, where all the Scottish immigrants to "New Scotland" landed.
(Ship in background is the Nova Scotian equivalent of the Mayflower.) 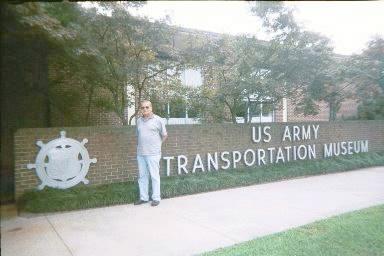 On our way home, we stopped in Newport News, Virginia,
where I used to spend summers with my grandparents.