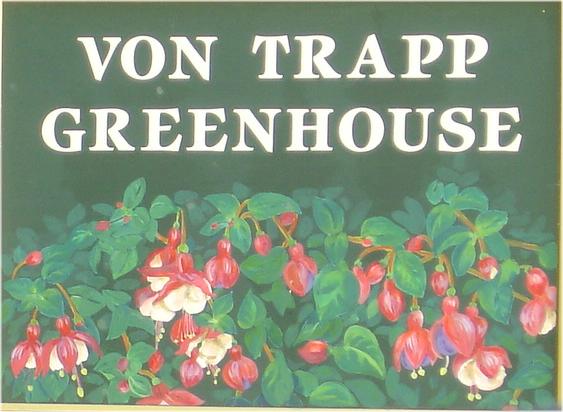 The next day during some intermittent sunshine (the only kind they get in Vermont),
Bert, Liese and I visited the Von Trapp Greenhouse, two miles from Bert and Stephen's house in Waitsfield.
Yes, it is owned by children and grandchildren of the Von Trapps
featured in The Sound of Music, who settled in Vermont after the war. 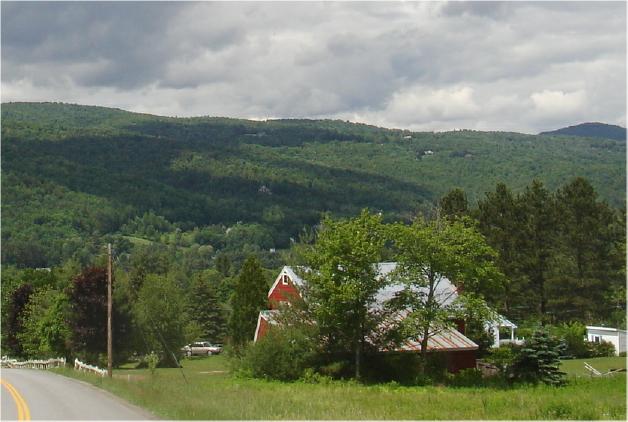 Driving on the East Warren Road from Bert's to Von Trapp's, Vermont being beautiful. 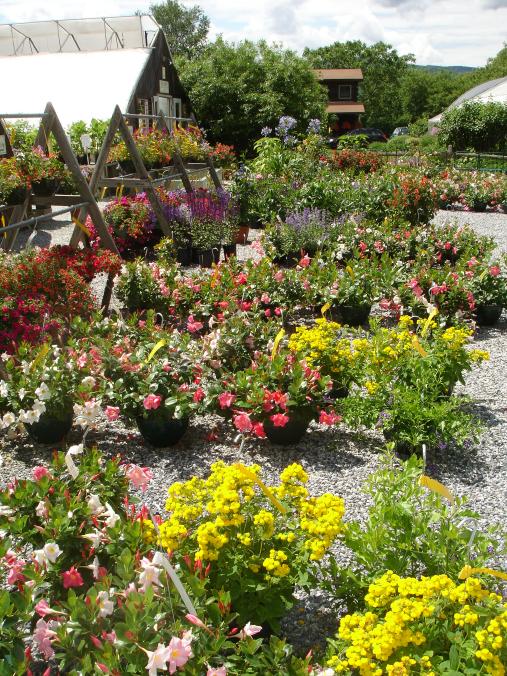 Von Trapp's had the healthiest-looking plants for sale I'd ever seen.
Not a single wilted stem or brown leaf among them.
Bert swears by their plants; they're a little more expensive but they never fail. 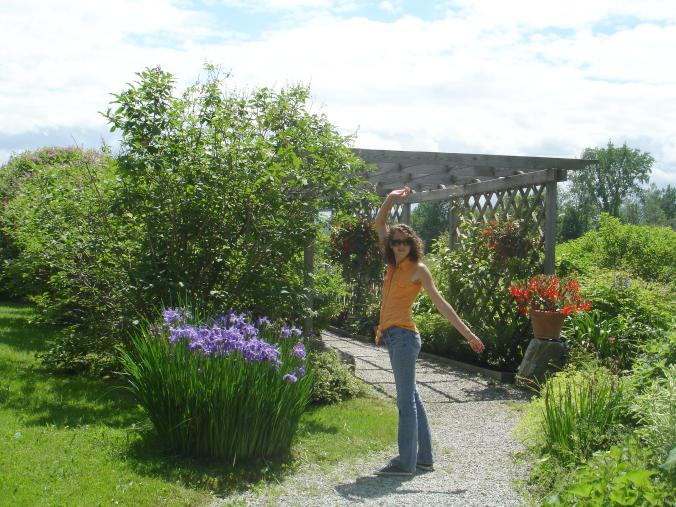 Here Liese is about to enter the Von Trapp display gardens, which were amazing. 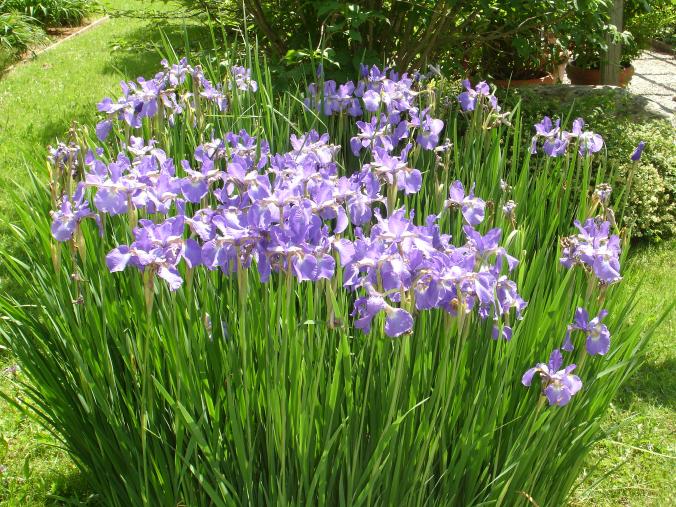 those irises, a little past their prime but still striking 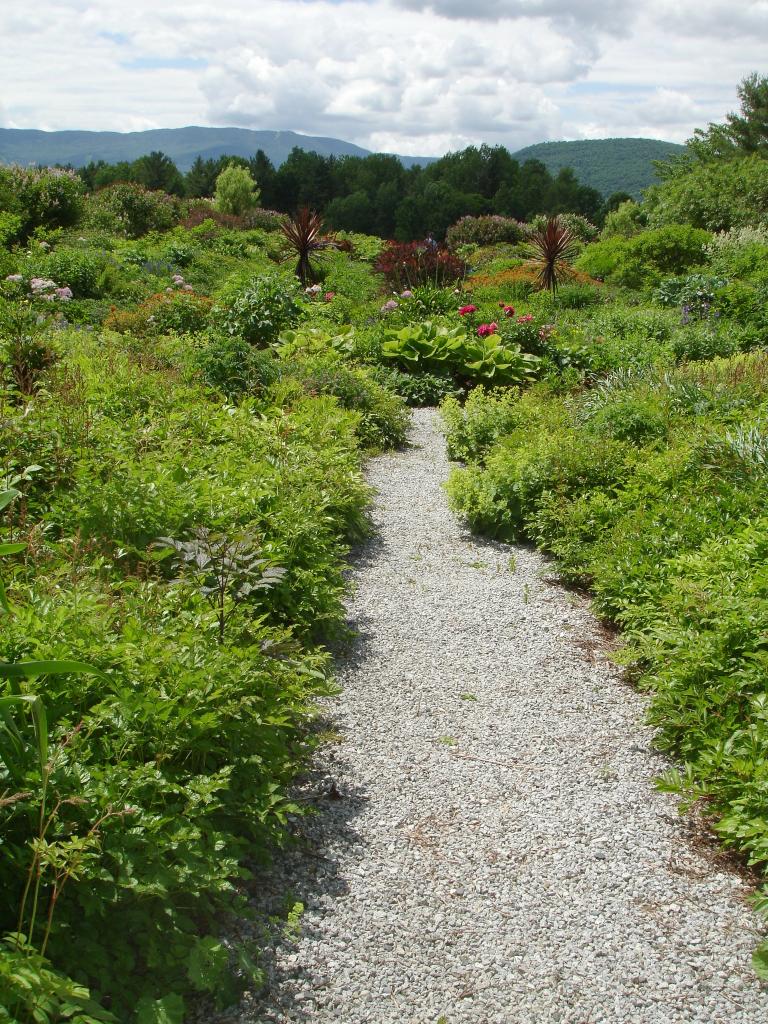 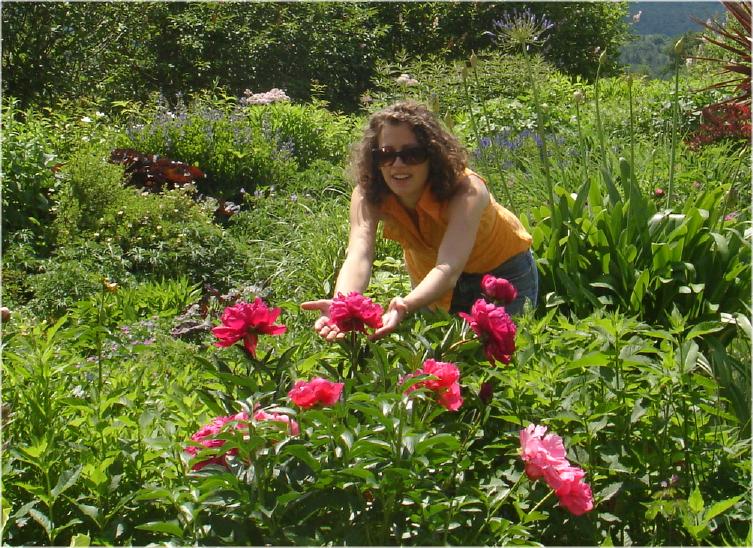 Liese in the display gardens on the second-to-last day of spring. 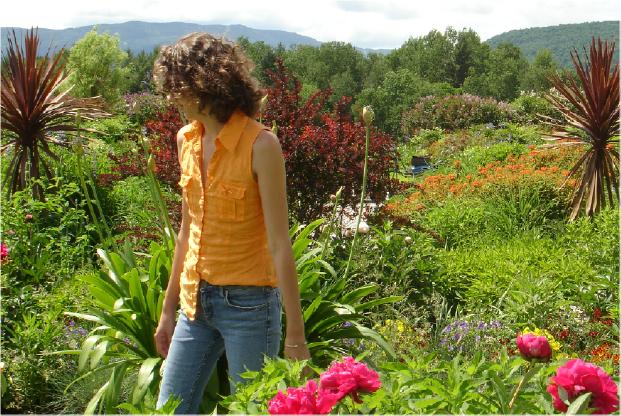 It was a fantasy land of natural beauty put together artistically and tended to perfection. 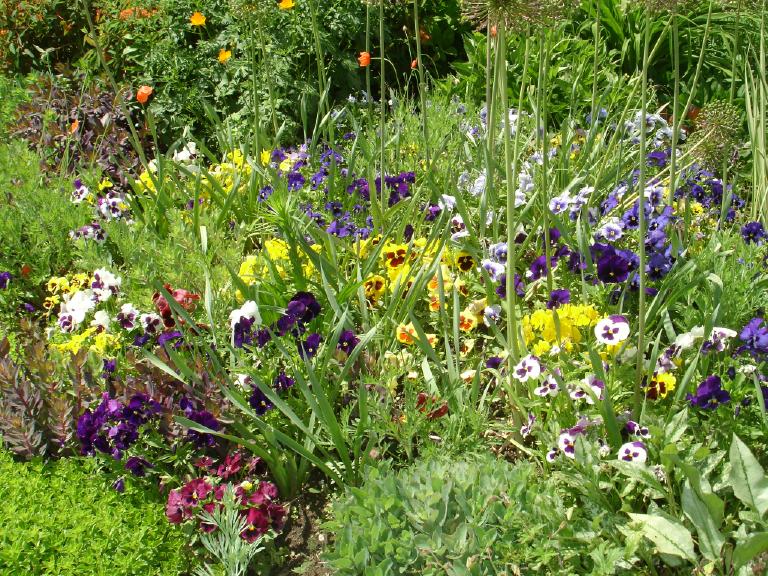 it was very wow 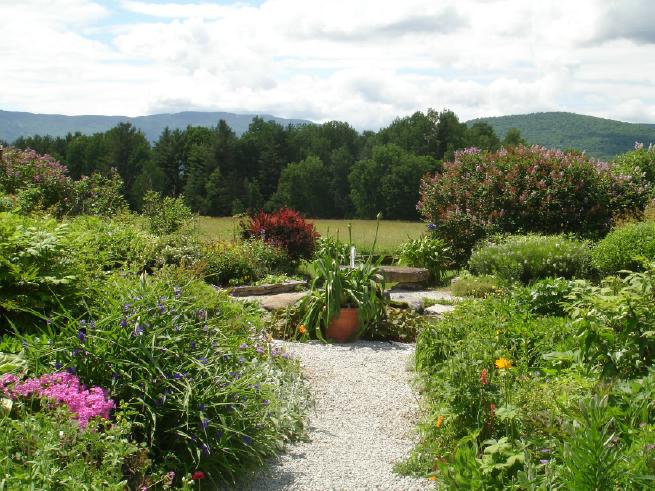 The back of the gardens: fountain at the extreme rear, Sugarbush in the distance. 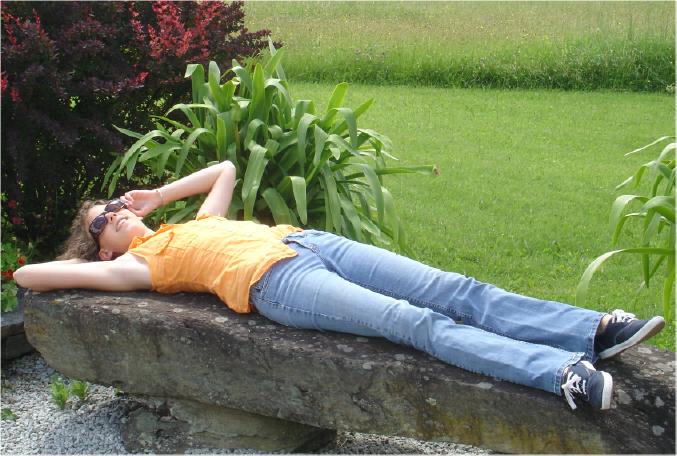 Liese relaxing on the stone bench by the fountain. 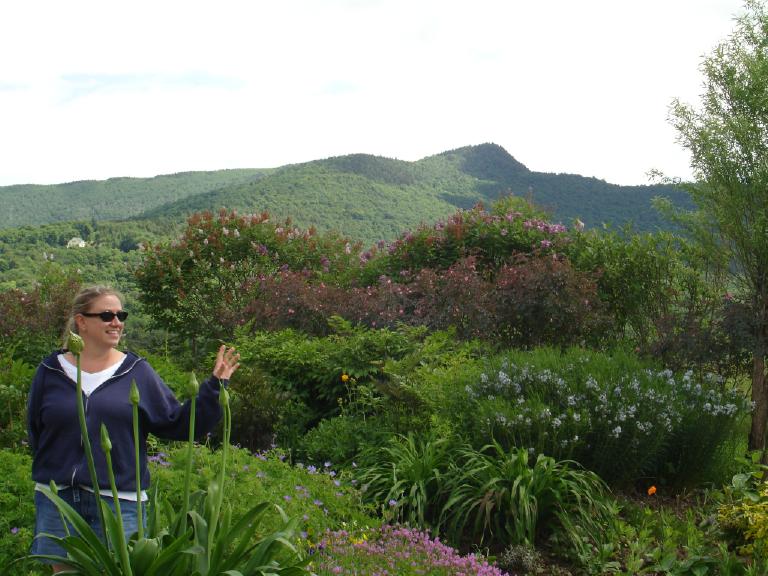 Bert, who is a very talented gardener herself, could really appreciate the gardens. 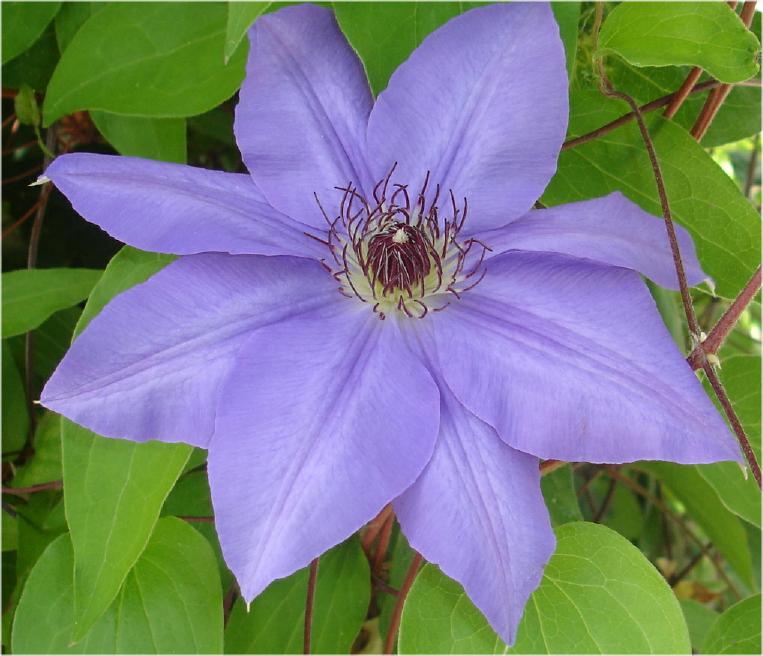 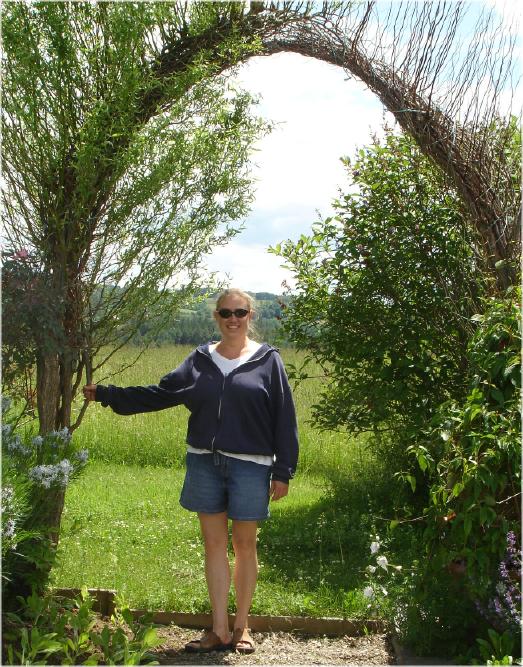 \
Bert poses in a living archway in the gardens 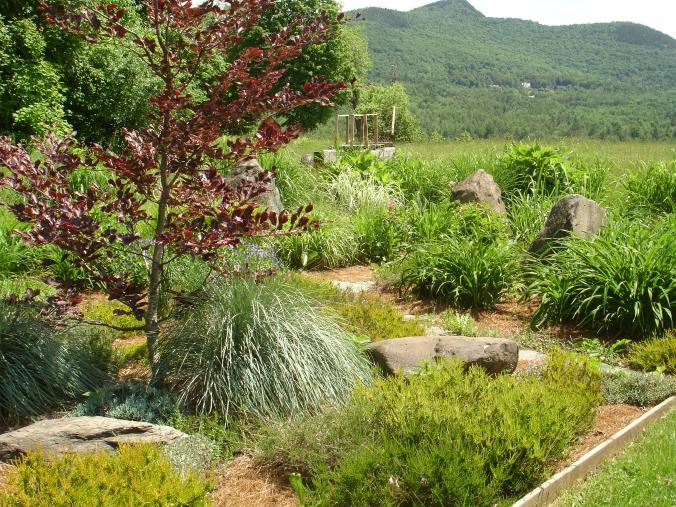 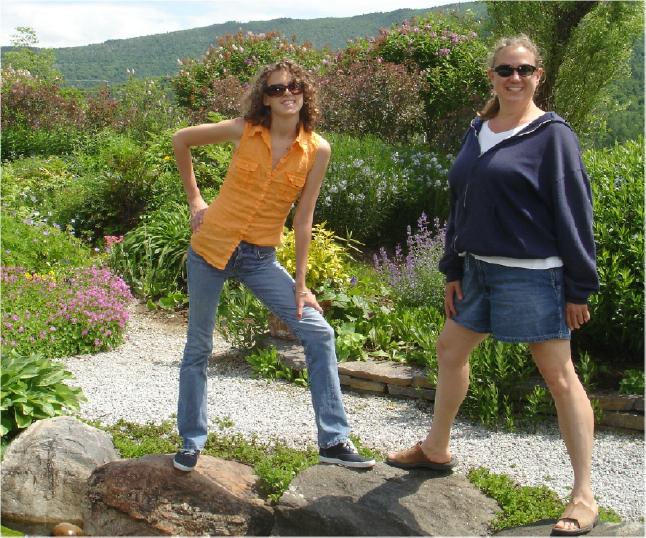 Liese and Bert vamping in the display gardens. 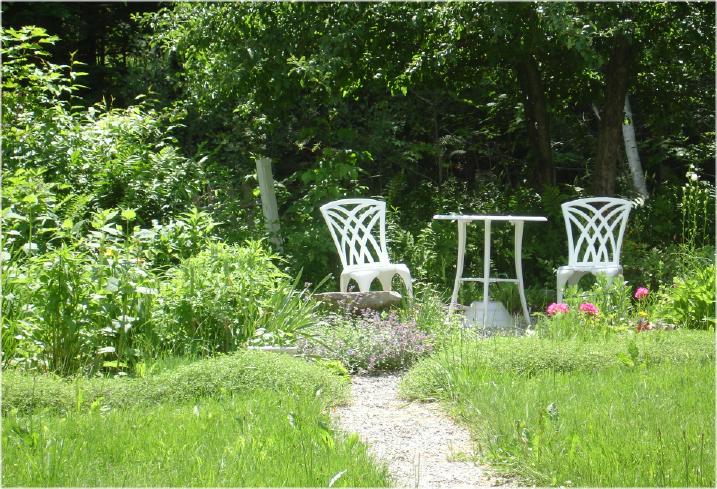 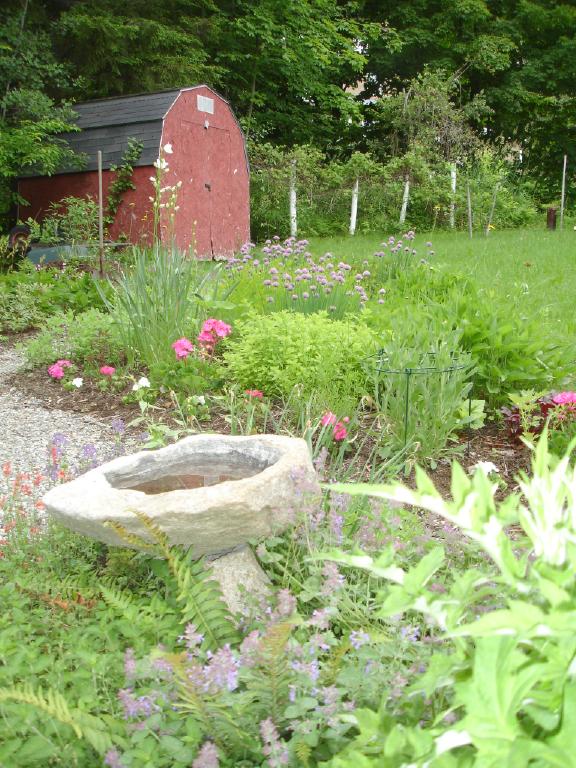 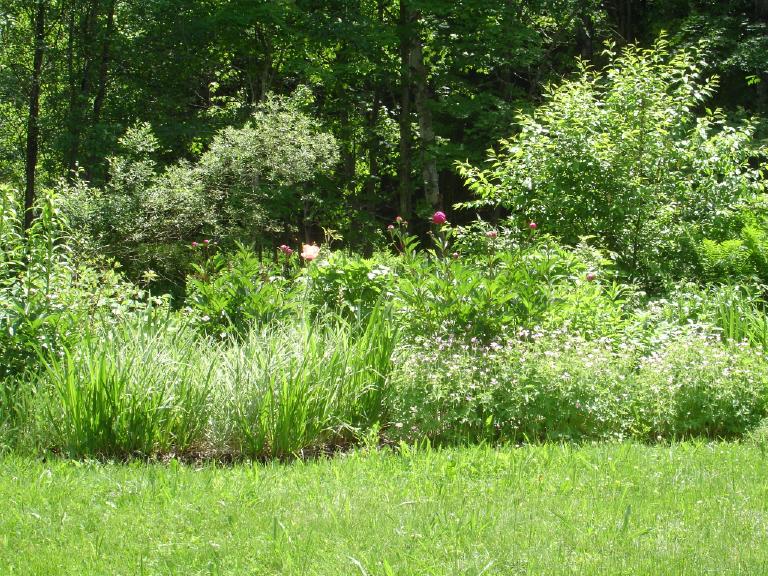 Bert's valley garden--perennials, annuals, herbs (the vegetables are up at camp) 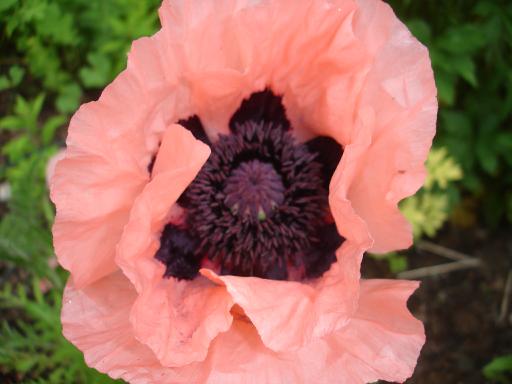