Our little ferry made a ton of stops from Amorgos to Athens. Here we are pulling into Paros. 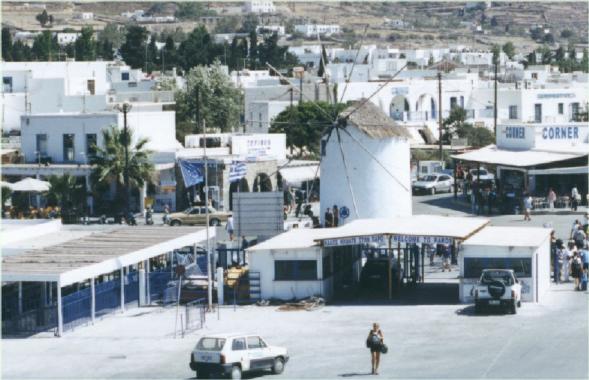 The port at Paros

View of Paros for Paris, who helped us set up the trip
(he's a native Athenian who's building a house there). 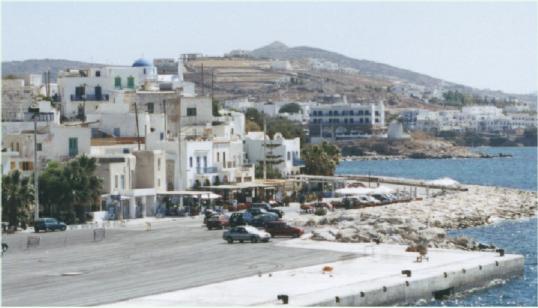 Another view of Paros for Paris 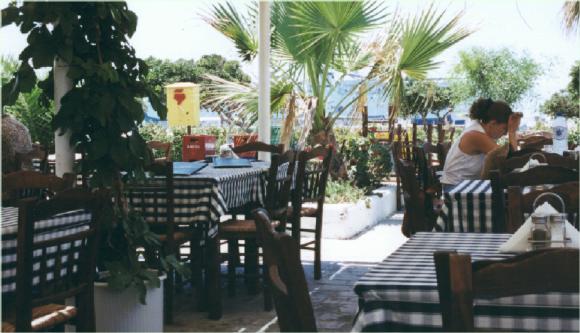 We finally arrived at Naxos, where we ate at this taverna
before catching a high-speed ferry back to Athens. 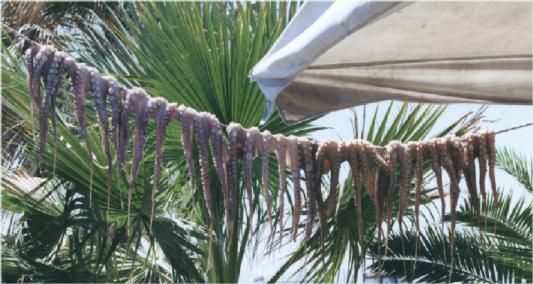 Octopi drying in the Naxian sun 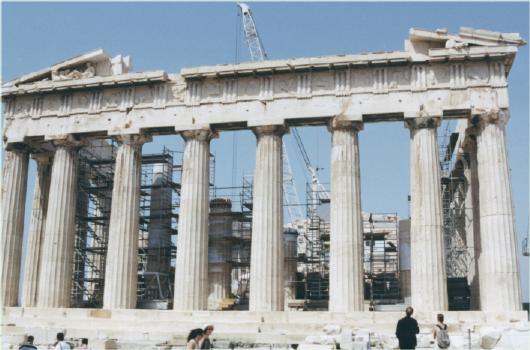 The Parthenon (Temple of Athena, goddess of wisdom, work and the arts)
on the Acropolis, Athens, under scaffolding 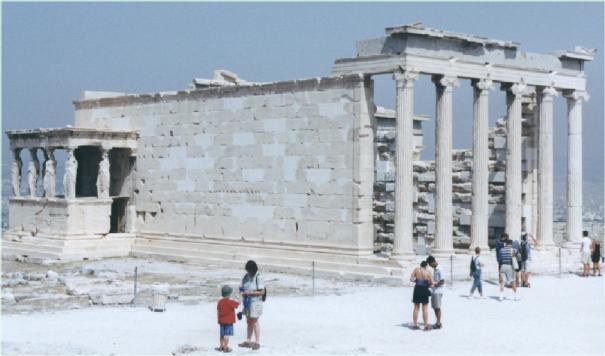 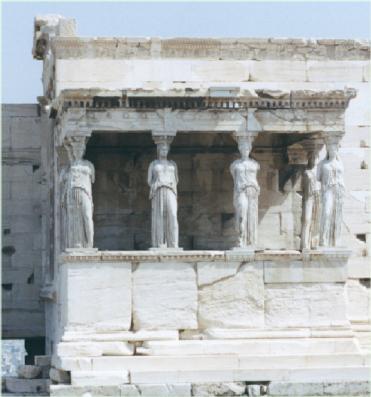 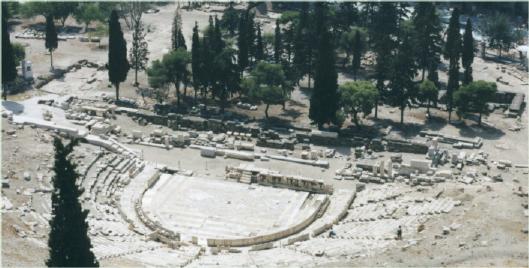 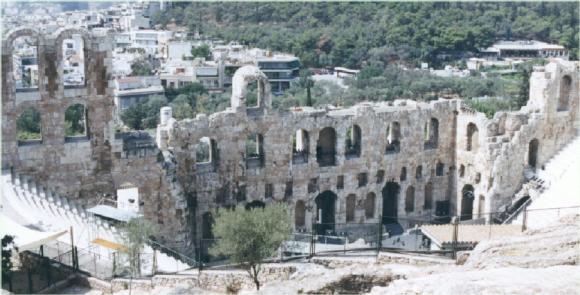 Ruins of the Odeion of Herodes Atticus,
a theater built in the second century A.D. in Roman style 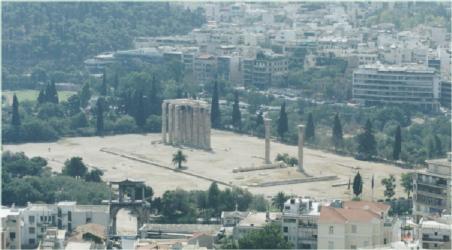 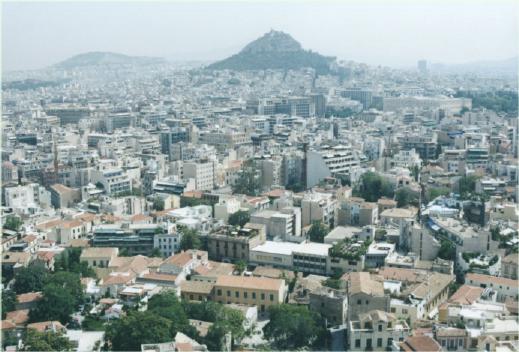 Athens looks like Rio de Janeiro or Los Angeles, a big modern sprawling city
with the sea in front of it and mountains behind. 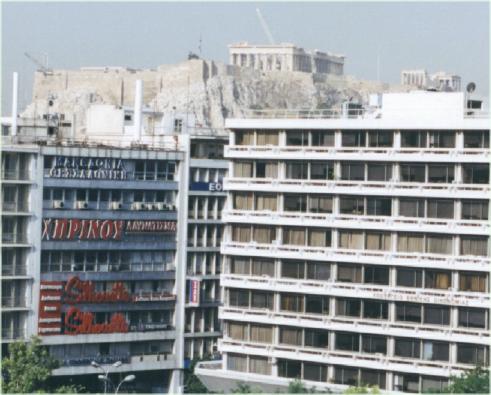 The Acropolis visible above the modern office buildings of downtown Athens
(taken from our hotel balcony). 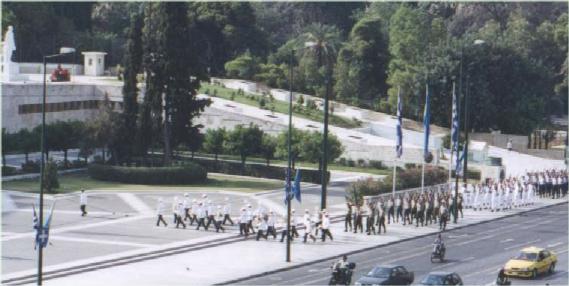 An honor guard was marching up the street to the Greek Parliament Building
in connection with a visit by the president of Kazakstan.

The Kazakstan President was staying in our hotel and had a whole squadron of security cars parked right underneath our room. 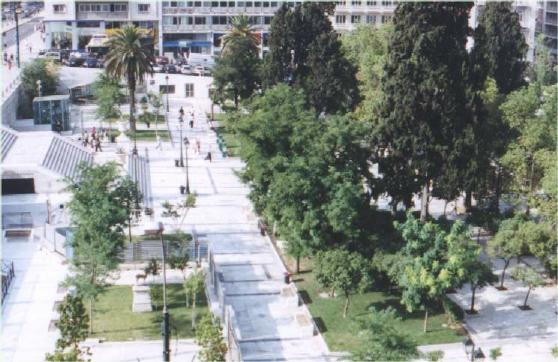 ...and part of the national park in the square it faces.