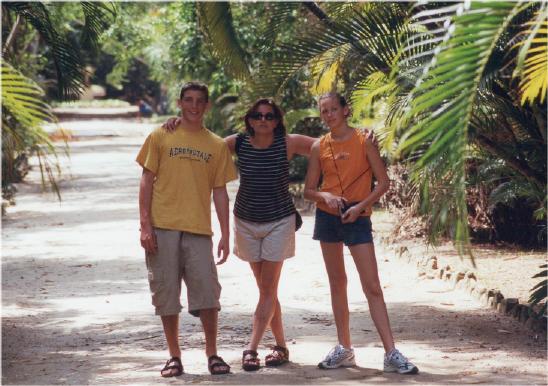 Tim, Deb and Liese pause in the heat of the
Botanical Gardens in Rio de Janeiro, March 2002

My new career is announced in the Princeton Packet, January 2005

Took the kids to see Garbage in Philadelphia. Great show. Read my review!

March 2002 - Back to Brazil! This time the kids came as well and it was great.
Take a look at a little bit of this beautiful country. Start in Rio at the top of Corcovado.

August 2001 - Vacation to North Hero Island, Vermont,
with side trips to the Shelburne Museum and Montreal.

After 14 years, I finally got to visit LA again and show
the kids where I lived in the early 80s...lots of fun!